When I did my composting boot camp posts we were under a few feet of snow here in Denver.  I was unable to get outside and get any useful pictures of the compost bin in progress for you.  But over the last two weekends, mother nature has been much more cooperative.  We were able to get out to the bins, and coupled with the spring garden cleaning we did, we had plenty of stuff to add to it.

Both bins were pretty full.  The bin on the right had been covered, and I was hoping that it would be full of finished compost, ready to go. 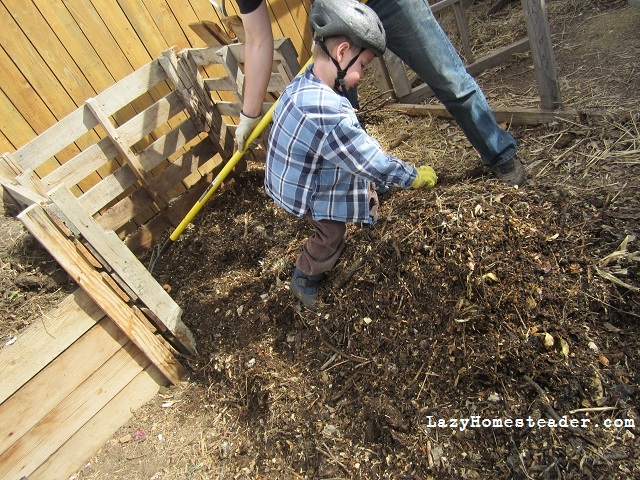 Instead, it was nearly done.  But there were a lot of sticks and twigs in it from the tree last summer that hadn’t broken down yet.  Rick raked it all out of the bin, while Henry and I collected as many sticks as we could.  The plan is to power compost this stuff so it’ll be ready to go into beds by April or early May.

Here is a close up of that almost ready compost:

It looked pretty good, but there were still a lot of big pieces that I wanted to get broken down before we put it in the garden.

The left side of the bin is where we added our kitchen scraps all winter, fall garden materials and sod this spring that we removed from the edges of our flower and herb beds where it was encroaching.  We didn’t turn the pile over the winter at all, and it had many fabulous layers.

See all that beautiful finished compost at the bottom?  That is what I want!  But there is an awful lot of other stuff on top of it.  So we used the now empty bin on the right side to mix up the stuff on the left side all the way down to the finished stuff, which we will keep separate.

We started moving it over… 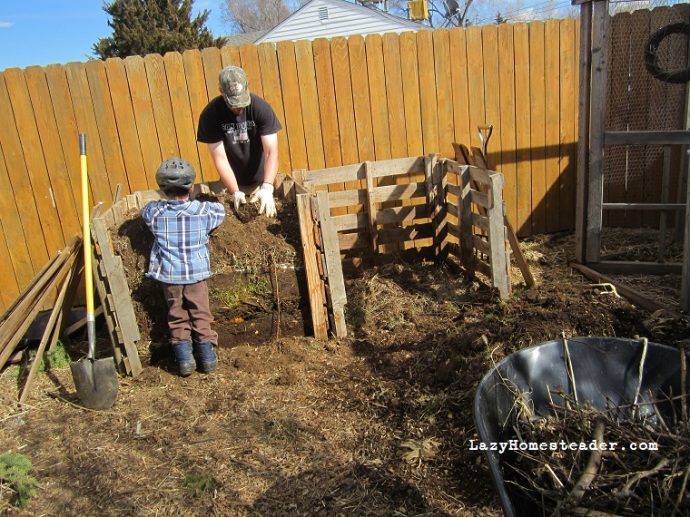 Not pictured is a bunch of dried grass and leaves and yard clippings that will get mixed in with the layers.  It’s off to the left of the frame.  We had more stuff than we could immediately fit into the bins without doing this process first.

So we tossed part of that top layer of grass and sod into the empty bin on the right, and part of it got tossed in front of the bin, so we could mix in other layers too.  As we moved layers over, we had H grab big armfuls of dry leaves and dry grass to mix in with the stuff coming from the left bin. 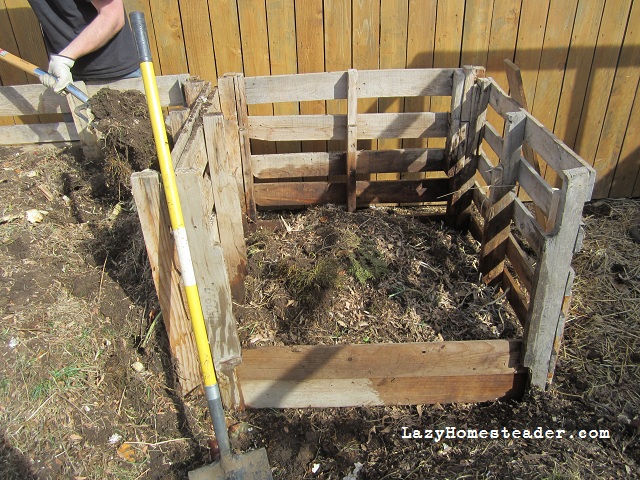 As the right-hand-side pile grew, we put the front boards back in to keep it contained.

We watered the pile with the hose as we went.  Remember, it takes water, air, carbon (browns) and nitrogen (greens) to make a great compost pile.  It was a hot day and the week was supposed to be plenty hot, so I wasn’t worried about making it too wet. 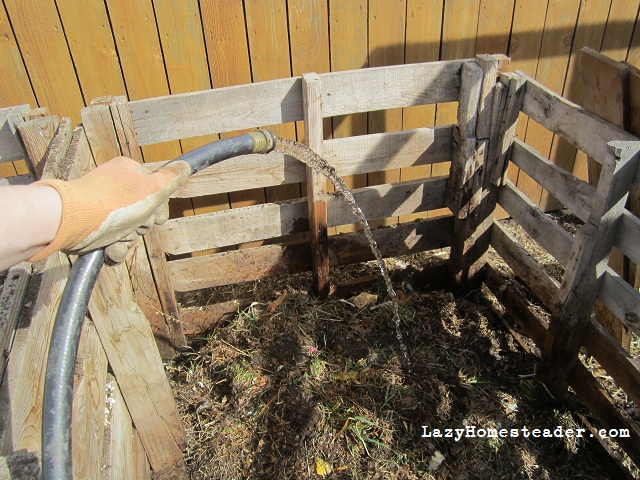 Where the layers were already very wet from the winter snows, we added lots of dry stuff.  If anything was too big, we tried to break it up as well.  The layer from last year’s garden was pretty wet, so it was good to mix in some dry brown material as we went. We were trying to balance it out.

Also as we got to the middle layers we mixed in some of that first stuff that went over the side of the bin.  The idea it to get it somewhat uniform, so it all rots together, as opposed to the layers we originally had.

You never know what you’ll find in your compost bin.  I found this perfectly grown beet with a weird, crunchy, light-starved top.  It grew somewhere, way down in the pile. 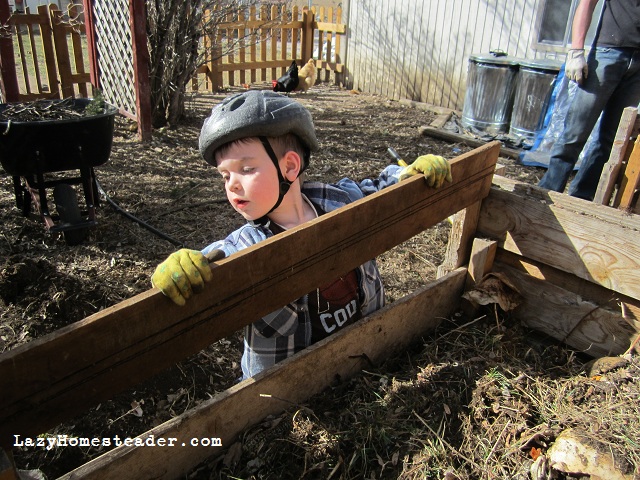 We could use all that compost on the left, but I really didn’t have a place ready for it yet.  I decided to layer it back in with the nearly done stuff on the right with some of the top soil that we had from the bed edging.

Rick and I grabbed shovels and tossed both piles into the empty bin.

We watered it and then covered it with heavy black plastic. Over the next few weeks, it should cook down to great, useable compost ready to feed this springs’ gardens. 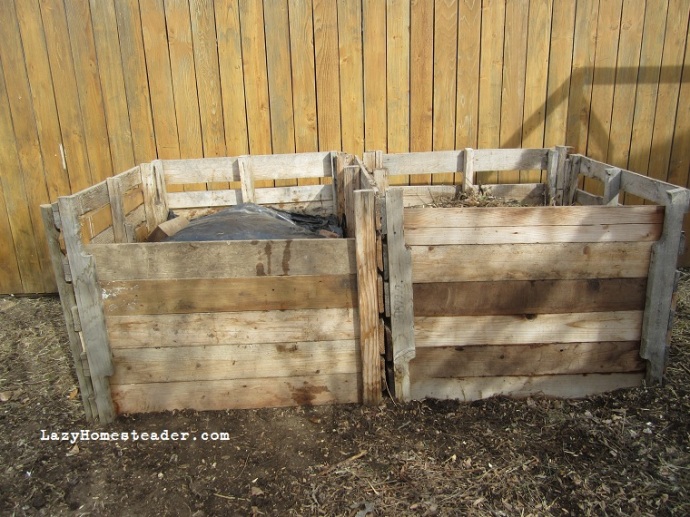 We did all of this work on the 11th.  I’ve checked the left-hand bin pretty regularly. Some days I uncover it and watered it; I’ve mixed it again once with a rake and my hands (so I could feel how wet and warm it was/wasn’t) since then already.  I want to keep it hot and damp, but not too wet.  Like a wrung out sponge or chocolate cake.  We’ve been adding our kitchen scraps and other yard waste to the bin on the right.

That is what composting looks like in action… the down and dirty work of spring cleaning.  😉